The types of text blocks you can use in a script.

A block is a line or paragraph of text in your script. When you type in a script, you're writing in a block. When you hit Return, you create a new block.

Every block has a type. The block type controls how the block is formatted. You just set the block type and Scripto automatically sets the margins, the case, bold or underline formatting and so on. This way of writing feels a little odd at first if you're used to writing in Google Docs or Microsoft Word, but it's powerful. Once you get used to it, block types make it fast and fluid to write a document that looks like a script is supposed to look.

Here's an explanation of the block types you'll find in Scripto, what they look like, and what they are used for.

Slug is for the name of an item in your script. Eg. Monologue
Bracket is for produced multimedia elements. Eg. graphics, SOT, OTS, FF
Character is for speaker names.
Parenthetical is for stage directions or cues for talent that should appear in the prompter. Eg. camera turn, opens envelope
Dialogue is for the words that need to be said.
New Act is for marking the beginning of an act.
End of Act is for marking the end of an act.
General is for text that doesn't fit into any other element type.

Here's a Studio script with the most common elements types labeled. 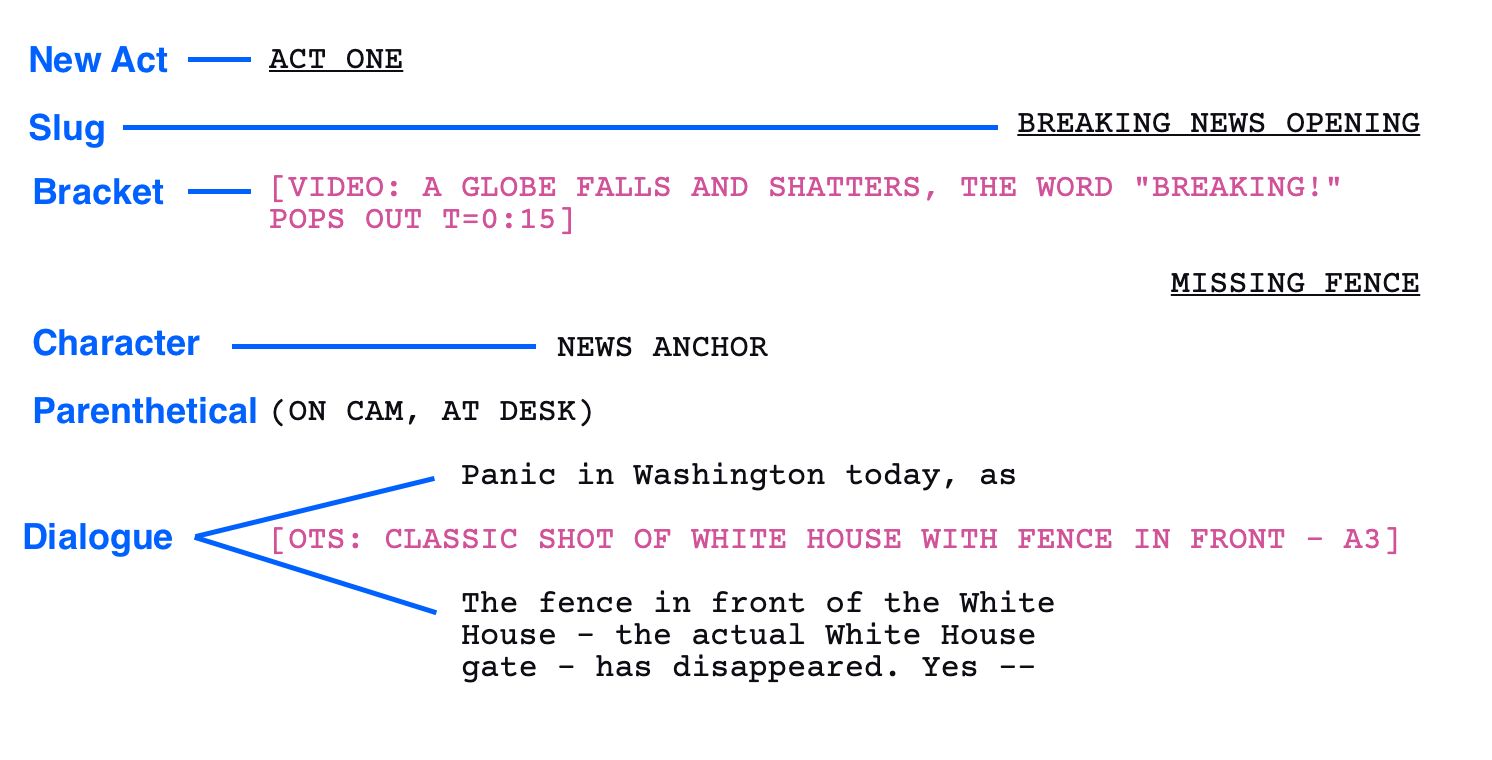 Scene Heading is for describing where a scene is taking place. Eg. INT. OFFICE - DAY
Action is for action that can be seen or heard but isn't spoken by a character.
Character is for the characters talking in the script
Parenthetical is for instructions on how a line should be delivered. Eg. quietly
Dialogue is for characters' lines.
Dual Dialogue is for two characters speaking at the same time.
Transition is for transitions between scenes. Eg. CUT TO:
New Act is for marking the beginning of an act.
End of Act is for marking the end of an act.
General is for text that doesn't fit into any other element type.

Here's a Screenplay with the most common block types labeled. 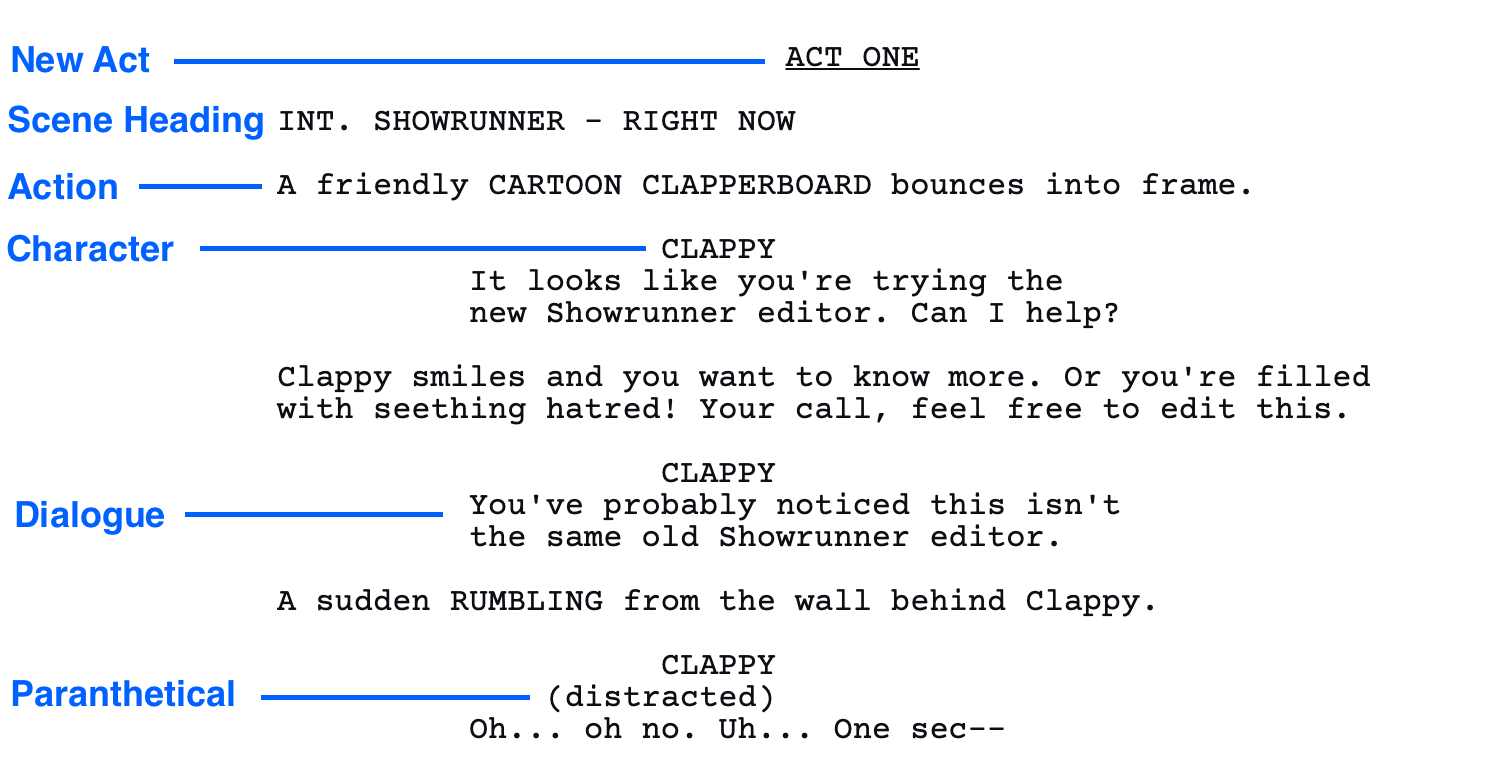 In both formats, we also offer an element type called General that can be used for anything you need—notes, questions, requests for assistance. If you are writing meeting notes or research, using the General element is the way to go.

Workspaces on our paid plans can customize the default formatting of each block type.

How to Change Block Types